Our exhibition in TRIENNALE MILANO, January-February , 2014.

“Fifty portraits of famous Italian artists (singers, directors, actors, sportsmen) from behind a mirror; men and women, who played participating in the creative rite, bypassing their conventional narcissism to discover a new one that allows you to observe, to study and to surprisingly accept the risk of imperfection.” “The authors go beyond the portrait, in the traditional sense given to this language of photography…”

The project has been developed under the patronage of the UN during 5 years. 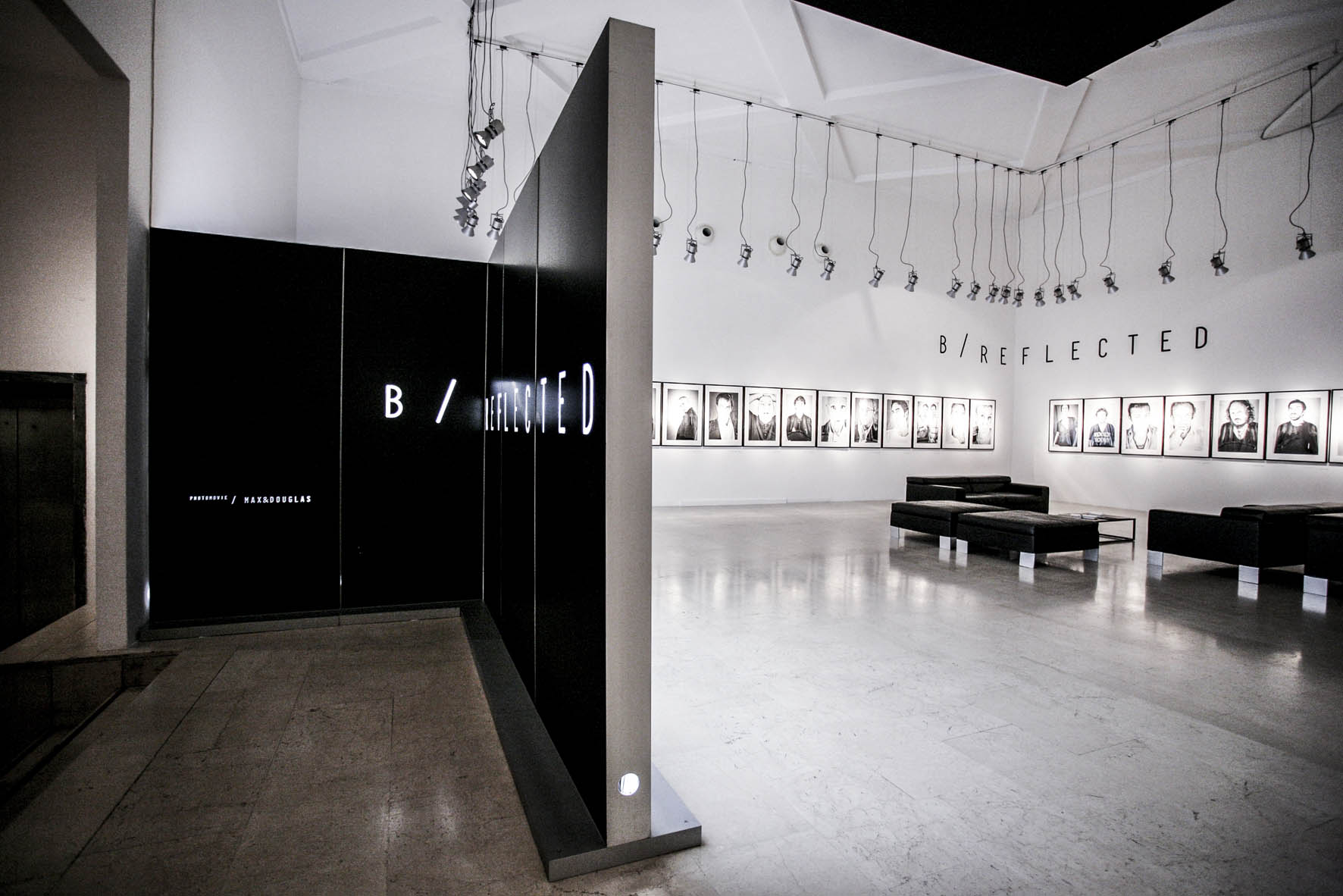 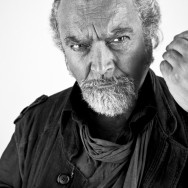 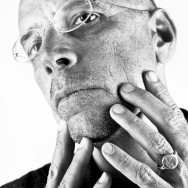 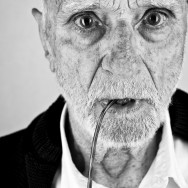 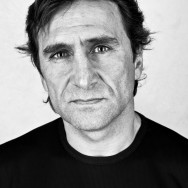 VIEW ALL THE PICTURES 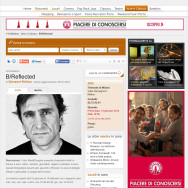 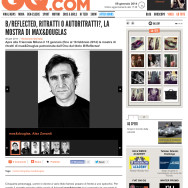 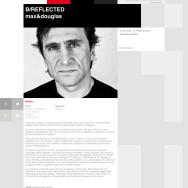 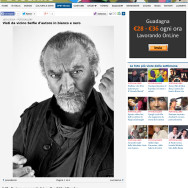 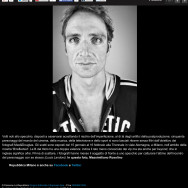 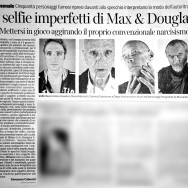 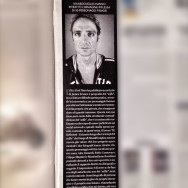 INTRODUCTION
Irony, discomfort, pleasure, perplexity. These are just some of the many feelings evoked by this series of portraits. B as the lesser-known side as well as B for “beyond”, as max&douglas explain and emphasize the experimental nature of their project, started in 2008. Fifty Italian famous persons, men and women, who played participating in the creative rite, bypassing their conventional narcissism to discover a new one that allows you to observe, to study and to surprisingly accept the risk of revealing their imperfection. The authors go beyond the portrait, in the traditional sense given to this language of photography. In order to create these shots they used a mirror, putting a  barrier that separates the photographer from the subjects and sends back their images. The reflection, the other side of themselves, draws a new identity which is inevitably different from the public one we’re used to know. Almost self-portraits, selfies, in which the protagonists have the ambiguous power of being the creative subject and the object of the image at the same time. We unconsciously expect that Photography could reveal something about the people, that could make us know them better; we carefully stare  at the still faces, scrutinizing the details just as we could be able to steal a secret, being sure to go beyond what we see . The theft of the soul – as the portrait is perceived – is powerful because of the ability to reveal or expose . And it scares us. The serial vocation of this work gives the individuals their identity in an exhibition that, in the purity of the black&white not revised by the artifices of the digital post-production, returns the immediacy and the strength of the fleeting moment of the shooting, the magic of the character meeting himself. Not an easy target: in this time where everything is manipulated, the unaltered image, straight returned from the shooting, means to know that the result of this experiment could publicly expose your work, inevitably captured by the Internet where everything is visible, and perhaps indelible, forever. Involving well-known personalities, in this era, is proved to be an effective tool to convey strong and credible humanitarian messages: the fight against poverty and the support for people affected by natural or caused by humans disasters. This is why the United Nations has embraced the project B/Reflected that, in this game of reflexes and forced introspection, offers the opportunity to ask, ” Who and how are we? ” and “What are we doing for ourselves, for the others and the world around us?” Rejoining the main themes of humanitarianism that today, more than ever, calls for the assumption of responsibility and implies a contemporary awareness. Presenting these faces of actors and actresses, singers, journalists, directors and sportsmen – fifty characters in the mirror – max&douglas, invisible and silent, invite us not only to look, but to look at ourselves.