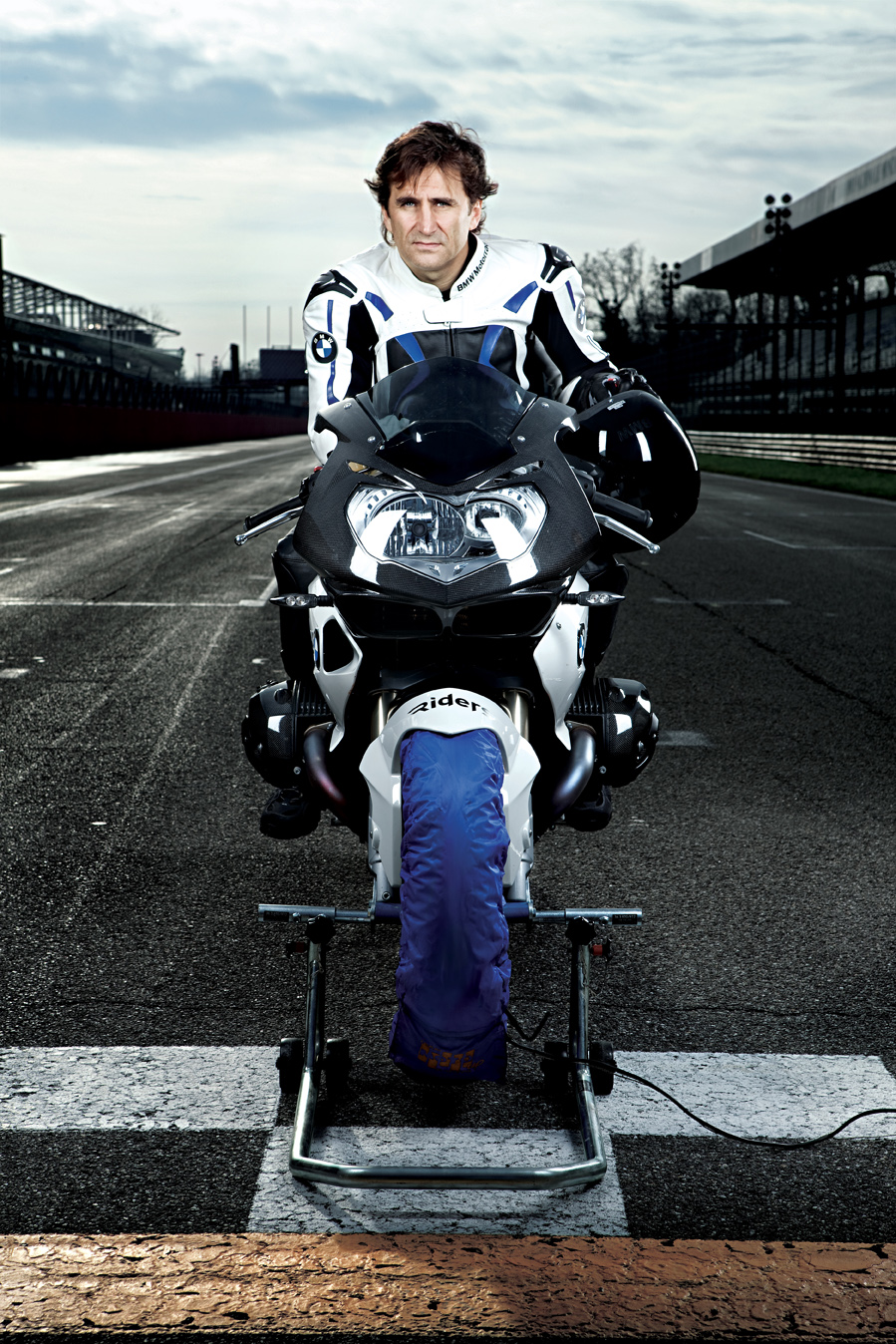 A little late, considering it was published a couple of months ago, another positive experience, after the post Gabriele.

We’re talking about thecover shooting of RIDERS with Alex Zanardi: specificallya picture that has been published inside the magazine and maybe forgotten.

First of all we must say Alex is a kind of a mith.

Very easy person: everybody knows his successes and the terrible things he experienced in his life but despite of that he has an incredibly positive character.

As an example: in the picture above (shot staying still) the bike was kept straight by an assistant in a precarious way.

We asked: “Alex, if you don’t feel safe we could use a tripod or something”. He answered “No way, what do you think can happen? For sure I will not brake my legs!”

Well, a comment like this is indicative of a great sense of humor, a person in peace with himself and the world around him and a man able to front everything life could put in front of him.

Something about the technic now. The picture has been shot still, as we said. Alex (who has that kind of madness tipical from the greatest champions in motorsports) had no problem to pass in front of the lens as fastest as he could without an helmet, but we decided not to leave so many things to fate.

A wind machine for his hair, the bike kept still by an assistant, driver ready in position (not the real “down position” as someone could expect riding the straight of Monza,just to avoid shadows on his face ) and that was it.

As usual, try to balance daylight with artificial light was not a joke (in a cloudy day with the light of the sun that was changing every 30 secs) but a bit of luck and several shots helped us a lot.

The moving effect on the wheels (and a little bit on the paddocks building too) was obviously inserted in post production.