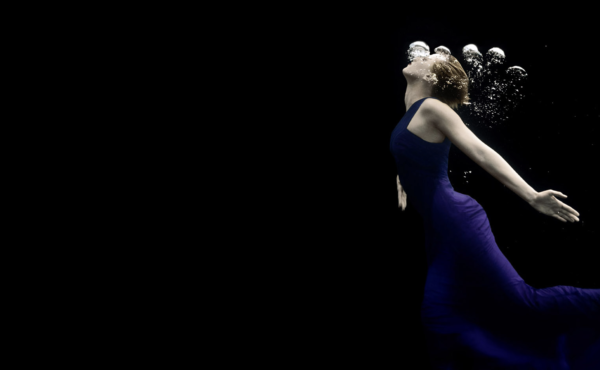 A series of stories and anecdotes related to our job. For more than twenty years we have portrayed “celebrities” for all major Italian and international newspapers.

Each time a new challenge, full of emotions and, sometimes, frustrations.
But the secret of a good portraitist is always to be able to transform difficulties into opportunities, trying to show a different and extremely personal side of the subject.

The portrait photographer conceives the portrait as the representation of a subject, capable of expressing in its entirety, its essence, its physicality, its character and its personality. All this in one image.

The portrait photographer does not like at all the idea of re-photograph the same subject just because he has the arrogance to be sure he/she already immortalized everything he/she could express in the first session.

Federica Pellegrini is one of these cases.

The first time we photographed her, in 2006, it was for a shoot with Linus of radio Deejay (above) for the fitness magazine SPORTLIFE. We picked up Federica Pellegrini at a bus stop in her city, after training, still with the shoulder bag from the pool. Apart from her physicality she was still almost a child. We were immediately impressed by her sincere shyness mixed with an unconscious determination, able to show us a preview of what it would later become.

The second time, a few years later, we met Federica on the occasion of a photo shoot for the cover of VANITY FAIR, with the “Fabbrica Nazionale Atleti” (Italian Olympic selection). She and another dozen superheroes together, in a single photo, to tell the Italian excellence in sports. (Above with Filippo Magnini).

The third (and last) time for another cover for VANITY FAIR, this time entirely dedicated to her.

Bored by the classic studio shooting and together with the chief editor of the magazine, we decided to try out an “hostile territory”, not so much for her but for us: the bottom of a swimming pool.

The shooting took place right underwater, specially set up as a photographic set with lots of lights and a black background. Together with us, plenty of instructors to ensure our safety. Certainly not that of the queen of the waters, able to take a breath, go down to the bottom of the pool, turn in favor of the camera, pose for a few seconds and re-emerge leaving us enchanted like Ulysses in front of the song of the sirens.

We have seen Federica Pellegrini grow from girl to woman, from simple athlete to great professional and even more, from shy girl to international diva.
Each time a surprise, each time a different person in front of our lens.

Surely the experience taught us to consider each shooting from a different perspective: each time has its own life and tells us something about that day, that moment. Every day spent on a set will simply produce portraits capable of testifying the relationship between a photographer and a subject.
Because, after all, the portrait is not the story of a person but of an encounter.